Radars for Radars: Why Defence Systems Need Protection Against Drones

Drone activity is at an all-time high. With more affordable and accessible consumer drone tech and the COVID-19 pandemic acting as key catalysts, 2020 saw record numbers of restricted drone activity reported in the news. And drones aren’t going anywhere. In the U.S. alone, the drone market is predicted to grow from $4.4 billion in 2018 to $63.6 billion by 2025.

The military is also having to adapt to the evolving threat, and quickly. Armies, navies, and air forces are demanding ever-smarter solutions to counter hostile drones and secure their high-value military assets, including their Ground-Based Air Defence Systems (GBADS).

In 2021, even defence systems need protection.

Who Defends the Defence Systems?

GBADS are missile systems that defend vital objects and people from short and medium-range air attacks. They’re made up of various weapon and radar technologies, all integrated into one system.

The radars equipped on GBADS are finely tuned to detect aerial threats. But they’re still vulnerable to drone attacks, because traditional radar can't see drones. Unlike increasingly affordable commercial drones, critical military assets like GBADS aren’t cheap - far from it. They’re not easy to replace and if they’re damaged it can be detrimental to operations.

When a few drones worth around $200 could take out GBADS that cost over $20 million, it’s clear why there’s a demand for smarter and more advanced C-UAS technology. NATO partners, for instance, are asking for proven, high-performing counter-drone radars that work seamlessly with their air defence systems to ensure their assets are protected.

These radars must be small, light, and easy to integrate. They need 3D tracking capabilities for accurate reporting and should offer full dome-like coverage. While there are many drone radars on the market, most involve a trade-off in these core capabilities. A long-range radar might be too big and heavy for easy transportation, for example. Or a lightweight radar might not offer the power needed for effective protection.

That’s why leading defence integrators are choosing IRIS® – a counter-drone radar that doesn’t compromise on any of these core requirements. 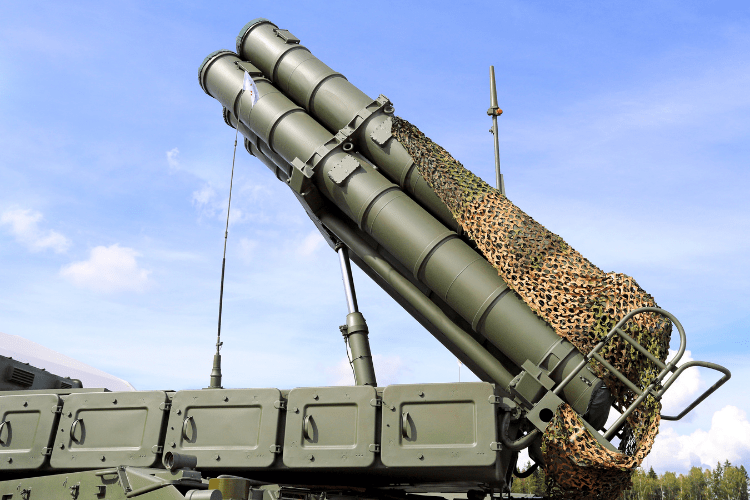 A global technology leader in guided missiles, reconnaissance, C-UAS systems and advanced solutions for GBADS has recently placed an order for an undisclosed number of IRIS® systems from Robin Radar. This is the largest C-UAS order in our history.

Launched in November 2020, IRIS® is our latest and most advanced counter-drone radar. It comes to the market after three years of careful development, designed to provide uncompromising insight in the high-pressured world of defence and security. We challenged our engineers to build a radar system that wouldn’t fall short in any area of performance, under any circumstance. The result? A counter-drone radar with no concessions.

Built explicitly for defence and security and finely tuned to detect drones, IRIS® is perfectly suited for defence integrators that need radar systems to protect military assets like GBADS. It uses unrivalled micro-doppler classification methods to differentiate drones from birds, identify hundreds of targets at once, and detect hovering drones. A combination of smart software and affordable radar, IRIS® brings together the strengths of range, coverage, and construct into one small footprint.

This makes IRIS® easy to transport, install, and integrate with other air defence systems and technologies, including SHORAD (Short Range Air Defence) systems. It’s highly flexible, and can be mounted on 4x4 vehicles, semi-mobile tactical installations, or fixed installations. And full 360-degree coverage plus 60-degree elevation coverage provides early warning of approaching drones from every direction.

Weighing at just 25kg and operational within only a few minutes of installation, IRIS® is the top choice for rapid deployment forces.

As drone activity increases and the threat they pose evolves, radars defending radars will become more commonplace. When you consider how critical GBADS are to military operations and how costly they are to replace, a specialised drone radar integration is essential for protecting these assets.

Small, affordable, powerful, and easy to integrate, IRIS® is purpose-built for the task. Find out more about our counter-drone radar.