Why Micro-Doppler Radar is Essential for Drone Detection

Since the 1930s, civil and military aviation has relied on radar systems to detect airborne threats – typically represented by large, piloted aircraft. But as commercial drones have become smaller and harder to detect, traditional radar systems are being pushed to their limit.

To protect your airspace in the current climate, you need a system that can track small, fast-moving targets and distinguish between them. For many, the solution to that problem is micro-Doppler radar.

How does Micro-Doppler Radar Work?

Drones use a system of propellers to stay airborne; birds beat their wings. But while these two distinctive modes of flight look different to a human observer, traditional radar struggles to distinguish between them.

The reason is simple: drones and birds are similar in size, which gives them a similar radar cross-section (RCS). Micro-Doppler radar overcomes this problem by focusing on the unique micro-Doppler signature birds and drones emit during flight.

What is a micro-doppler signature?

“Micro-Doppler is produced by the periodic movement of any structural component of an object. The periodic movement creates micro-motion, which in turn induces side-bands about the bulk Doppler frequency. The phase of the radar return signal from such an object (e.g. human walking, bird or drone flying) will change accordingly.”

In layman’s terms, this means a micro-Doppler radar can differentiate between the movement of a bird’s wing and the rotation of a drone propeller.

With sufficient testing and data, micro-Doppler radar can build a comprehensive database of unique signatures for different airborne objects. This allows it to automatically classify airborne objects, discount non-drones, and warn users of potential threats in a range of conditions.

Why is it Important to Distinguish Between Birds and Drones?

Traditional radar systems detect objects using radio waves. They emit a series of short pulses that bounce back off any surfaces they encounter – the outer casing of a drone, for example. The radar’s antenna then collects and amplifies the reflected signal to determine the size and speed of the object.

It's highly effective at detecting aircraft and other large objects. But smaller things, like birds and drones, have a similar RCS and traditional radar systems can't distinguish between them.

Micro-Doppler systems overcome this problem by classifying objects based on their unique micro-Doppler signal, not their size. This allows them to quickly differentiate between threats, so you don’t commit time and resources responding to false alarms or mustering an ineffective or unnecessary defence.

Birds and drones require different solutions to neutralise the threat they pose. For example, it would be unethical to use a net gun to bring down a flock of rare or endangered birds. But it’s perfectly acceptable to use aggressive countermeasures on potentially armed drones – especially at a civilian airport or military airbase.

Micro-Doppler radar can accurately distinguish between birds, drones, and other moving objects. It provides the answers to vital questions, such as:

This allows you to prepare an appropriate response to airborne threats. Micro-Doppler radar can also track multiple, fast-moving targets simultaneously, making it the ideal solution for monitoring drone swarms.

Every second counts when it comes to neutralising drone threats. The ability to classify threats saves precious time and wasted effort. This could prevent disruption or even thwart a premeditated attack, like the one that threatened Iraq's Ain al-Asad air base in early 2022.

The Drone Threat Continues to Evolve – and So Must Radar

The first generation of mobile phones was large, bulky devices that performed a single function. It took many decades and countless iterations of the original design before they became the compact, versatile smartphones we know today.

Drones are on a similar evolutionary path. They’re becoming smaller, smarter, and more accessible with each passing year.

As one of the only solutions that can distinguish between small moving objects, micro-Doppler radar will become the focal point of drone detection radar in the years ahead. 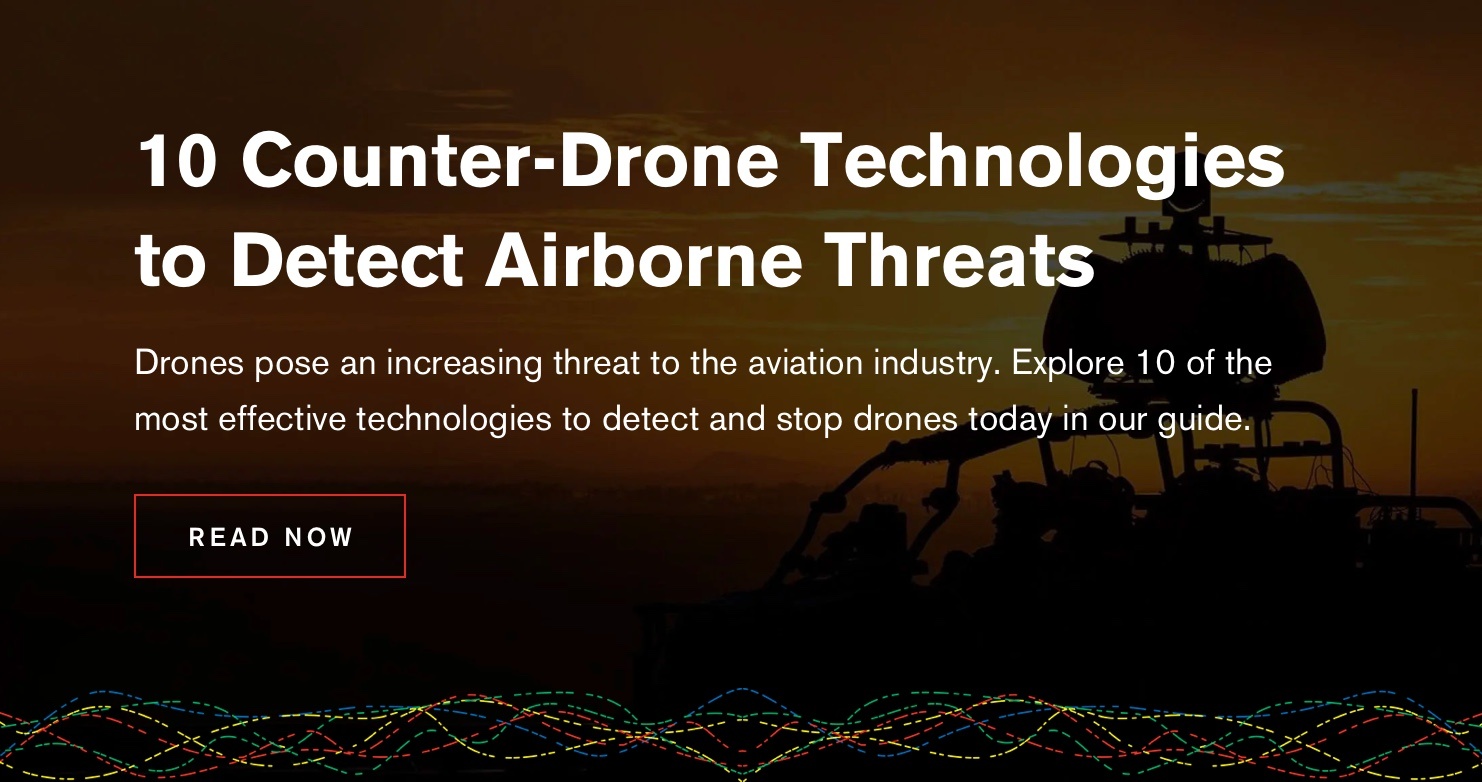 Protect your operations from drone threats