How Much Damage Can A Bird Strike Cause to Aircraft?

Bird strikes in commercial aviation cost operators up to $1.2 billion in damages annually. Without managing the hazard carefully, they have the potential to cause significant disruption to airports. This often takes the shape of grounded and refunded flights, costly repairs, and much more adverse and long-term impacts.

In this blog, we'll look at the ongoing effect of bird strikes, quantify how much damage they can cause, and explore the best way to prevent them from happening.

The Impact of a Bird Strike

Most bird strike incidents take place during take-off and landing phases, as there are often greater numbers of birds in flight at lower altitudes.

While a collision with a single, small bird poses a considerably lower risk to aircraft, hitting a flock or colliding with larger birds such as Canada Geese can cause significant damage.

For smaller aircraft, these strikes have the potential to damage wings, engines, and even the structural integrity of the plane. Larger craft – especially jet-engined ones – are vulnerable to loss of thrust and control, which can occur if lots of birds are ingested into the engine.

The question then becomes who picks up the bill. Insurance companies will often simply cover bird strike damage claims, contributing to airports' low sense of urgency to act. This environment is changing however, as under financial pressure, a growing number of airlines, especially the non-legacy ones, start challenging the premium they’re paying and also demanding additional guarantees on risk mitigation from the airports in their network.

Bird strikes can also result in unwanted negative press, which could damage an airport's reputation. Plus, if airlines and customers think that their flights are at risk, they can also lose trust in the airport, which could impact spending and future revenue.

How Common Are Collisions?

More commonly, bird strikes can disrupt flight paths, or necessitate expensive repairs for damaged equipment and machinery. Potential costs for airports include engine replacements, flight cancellations,  (temporary) runway closings, not to mention reputational damage. With the frequency of bird strikes on the rise, it's important to take steps to mitigate their impact.

So, how can you mitigate and manage the risk of costly bird strikes? 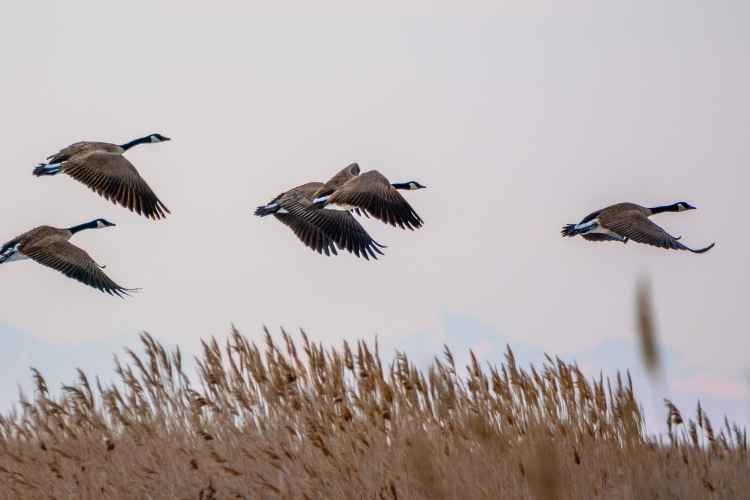 Put Birds on Your Radar

The most effective method of managing bird strikes is by using an avian detection radar to continually monitor your airspace. You can't manage what you can't see, and an avian radar will automatically detect and log all the birds in the surrounding area, 24/7.

Before key flight stages like take-off and landing, radar collects valuable data like size, speed, direction, and flight path of individual small, medium, and large birds, as well as flocks. It also automatically warns Bird Control teams if e.g. a flock of birds is about to enter critical zones, which are customer-defined and can easily be modified based on new insights. And you can be very sure a bird radar is going to give you new insights. This information is crucial for taking the best course of action to mitigate bird strikes.

Radar takes the guesswork out of bird strike management. Unlike human observers, radar is always active. So you'll always be able to quantify risk and act accordingly.

You can learn more about Schiphol airport here.

A well-known name in the market, Scarecrow, has been delivering a unique database of bird
distress calls since 1984 - the largest in the world. These sounds imitate the evolutionary
communication used by birds to warn one another, instructing birds to leave areas, because they are in danger.

Scarecrow advises which sounds to use at which sites, for which species, and when. Bird
controllers can also log their own observations, activity, and actions in real-time through their
bespoke data logging software.

Remove the Risk of Bird Strikes

Bird strikes have the potential to cause significant damage to aircraft. If left unmanaged, they pose a serious ongoing risk to the aviation industry.

With the number of annual bird strikes on the rise again, it's crucial that airports have full situational awareness of their airspace. That's why avian radar systems are no longer a luxury, they're essential for airports worldwide.