Preventing bird mortality is an ongoing challenge for wind farms.

While wind farms are an invaluable source of renewable green energy, direct collisions with turbine blades pose a serious threat to wildlife. If left unmanaged, this can have a major impact on bird populations.

A recent study carried out by one of our clients, The Norwegian Institute for Nature Research (NINA), might have revealed a simple but effective solution. In some cases, wind farms may be able to reduce bird strikes with a lick of black paint.

At Smøla wind farm, one of Norway’s largest onshore wind farms, there was a problem. White-tailed eagles kept flying into the turbine blades. So Roel May, a senior researcher at NINA, decided to study how wind farms could be proactive in preventing these collisions.

"Collision of birds, especially raptors, is one of the main environmental concerns related to wind energy development," May told BBC news. "In Norway, six to nine white-tailed eagles are killed annually within the Smøla wind-power plant; this has caused opposition and conflict."

May suspected that wind farms could help prevent collisions by reducing motion smear. This is the visual phenomenon that occurs when an object is moving so fast it appears to the eye like a near-invisible blur. If you’ve ever seen the wings of a hummingbird or the rotor blades of a helicopter in flight, you’ll have experienced this effect. We can’t see them properly because they move too fast for our eyes to process.

Researchers think birds have the same problem seeing wind turbine blades when in motion. Blades become less visible, especially at the tips, due to the motion smear, which increases the chances of birds colliding with the blades.

If there was a way to make the blurry blades more visible to birds, you could drastically reduce bird strikes. May found a potential solution in an old report from the U.S. National Energy Research Laboratory.

According to the report, it might be possible to reduce the motion smear effect for birds by painting one of the three wind turbine blades black. May and his colleagues at NINA decided to test it. The team borrowed eight working turbines at Smøla, who co-funded the project, and brought on painters to rappel onto the turbines and coat the blades in mid-air. They painted four turbines with a single black blade and compared them to four that were left unpainted. They monitored the turbines over a period of more than 10 years, searching the area below the turbines regularly for bird carcasses with the aid of trained dogs.

The results of the study are promising. Painting the turbine blades black reduced bird strikes by 70%. The black paint reduces the motion smear effect by creating dark streaks that make the blades easier to see for birds, giving them time to change course.

What Does This Mean for the Future of Wind Farms?

Painting turbine blades could provide a cost-effective way to help wind farms reduce bird strikes. But the results aren’t conclusive – yet. May has stressed that more testing is needed first.

"Although we found a significant drop in bird collision rates, its efficacy may well be site and species-specific,” he explained. The study also didn’t test whether colours other than black would be equally effective.

If further research does show that the method works, the roll-out of painted turbines would need collaboration between wind farm developers and manufacturers. "We don't take part in the ongoing running of a wind farm, so we're not familiar with instances of bird strikes," a spokesman for manufacturer Siemans Gamesa explained. "We could manufacture to a specification laid down by the developers."

There’s also the question of whether regulatory authorities would allow the deployment of painted turbine blades on a wider scale. In the USA, for example, turbine blades must be painted white or light grey in line with Federal Aviation Authority (FAA) standards to increase their visibility for aircraft. 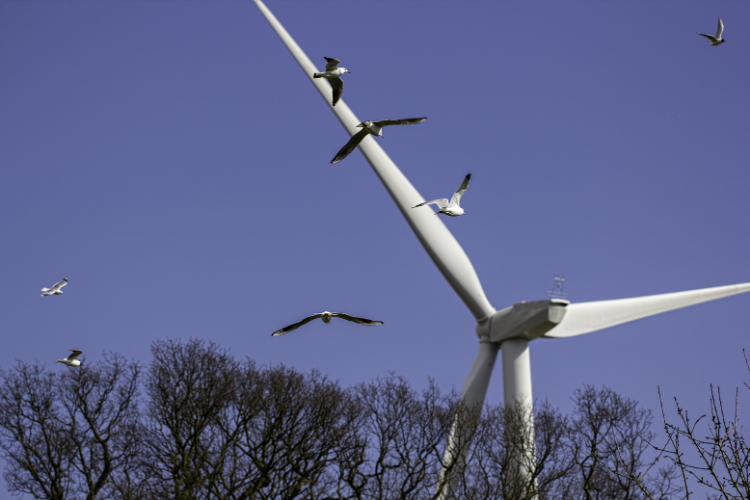 Martin Harper, Director for Conservation at The Royal Society for the Protection of Birds (RSPB), has welcomed the research. However, he said it was still important that turbine sitings – where turbines are physically placed – are “in harmony with nature.”

"Wind turbines are the right technology when we find the right places for them,” he said. “Studies like this are valuable and build on our understanding of what additional mitigation could be used once we identify locations suitable for wind farms." So, while painting turbines could prove to be an effective mitigation method, there will still be an emphasis on ensuring wind farms are built as far from nesting areas and popular flight paths as possible.

Since it was published last summer, the study has gathered a lot of interest across the world. There are now plans to carry out further testing in other countries, including the Netherlands, Spain, Australia, and the USA. So, while more data is needed and there are challenges to overcome, future research could prove that painting turbines is a highly effective way to reduce bird mortality.

Unfortunately, there is no silver bullet for bird strikes at wind farms. The best prevention measures will always require a combination of different tools working together, including radars, cameras, and automatic turbine shutdown. But if the results of this initial study are anything to go by, wind farms may soon have another mitigation method to add to their arsenal.

Learn more about NINA’s study and its findings in the full research report. 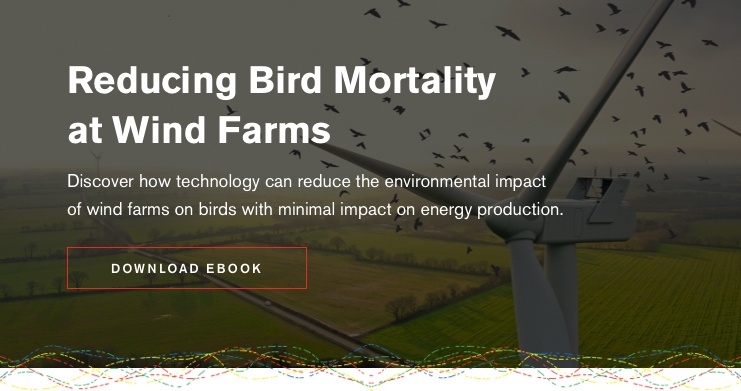