Something Vattenfall Solar Team know well. They are on the incredible quest to build the world's fastest solar-powered vehicle, and despite some nasty knocks, they have their eye firmly on the prize. They're innovating every day to get there.

Here at Robin, we know what it's like to face set-backs. But we also know that overcoming them often leads to the most incredible moments of innovation. That's why we're a proud and official sponsor of Vattenfall Solar Team, and the talented students who aren't afraid to try what's new and unknown.

Jasper Insinger is an Electrical Engineer at the Vattenfall Solar Team. He tells us about what the team and he specifically is working on, and how they're handling innovational challenge to put Nuna11 ahead on an unforgiving racetrack.

If it Doesn't Happen, Make it Happen

In August 2020, we started our project, Nuna11, and held the goal to win the Bridgestone World Solar Challenge in Australia. A dream for us.

However, in January 2021, we heard that it had been cancelled. That was a big shock. But the team came together, and we said that we still wanted to race. We were determined to do everything in our power to find a new way to show the possibilities of Nuna11 to the world.

At that moment, Robin Radar joined our team as a partner. Robin Radar believed in us, and especially in these hard situations, support like that means so much.

After working on our quest we, together with other solar teams, found a new race called the Moroccan Solar Challenge: a 2500 km journey through the Moroccan desert.

We were back on track, and the hard work began.

Since I was a small boy, I have always done engineering projects, like building karts for competitions. It was always clear that I wanted to study Electrical Engineering at Delft University of Technology. 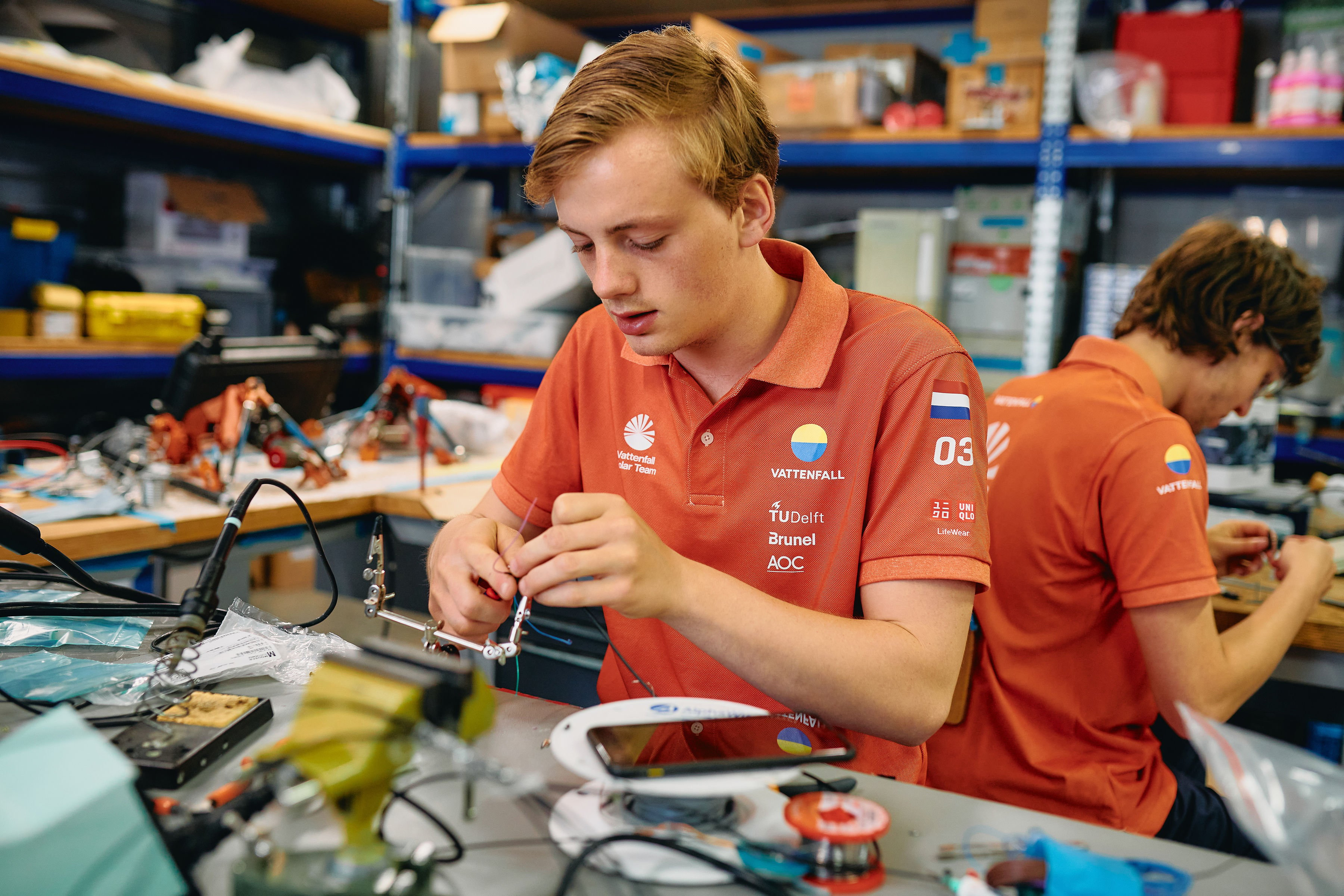 Besides studying, I continued to work on small electrical engineering projects on the side. But I wanted something more.

That’s why I joined the Vattenfall Solar Team; a project full of challenges where I'd have the opportunity to build a top performing solar car.

To make a world champion car, our philosophy is: we would rather try new things that might not work and fail, than stick to what’s ‘safe’. That takes courage, but we believe that when building something amazing, you need to dare to be different. Nuna11 is full of such new ideas and innovations.

This year, I took the responsibility of designing the first ever self-made motor controller (OLIVIER).

That's important, because our motor can not work directly on a battery. The motor controller translates the battery's DC power into an AC signal that drives the motor. The complexity lies within the fact that you constantly have to measure the status of the motor while in real-time adjusting the input signal.

Beforehand, we were bound by buying a motor controller, which was either powerful or efficient; it was a trade-off.

But Nuna11 is our first solar car which has the best of both worlds - OLIVIER is made specifically to fit with its intricacies and characteristics. That means that we are now able to fully take control and fine tune our car.

The most challenging part of designing such a revolutionary motor controller was finding the right MOSFETs, out of hundreds of different options. It was like trying to find a needle in a haystack.

Also, controlling the currents which go into the motor from OLIVIER was difficult. Even if you get all the hardware right, you still need to write a large part of the control software to direct the currents. And of course, when making something new, you have to extensively test it. Robin Radar supported me with the testing methods of OLIVIER.

In the prototyping process, we tested OLIVIER on our test vehicle, BARRY. He is made of a few aluminium bars, wooden plates and a lot of duct tape. Although it was a way to rapidly prototype, it wasn’t an ideal testing environment - but we knew that designing such a product for the first time would certainly bring unexpected problems. 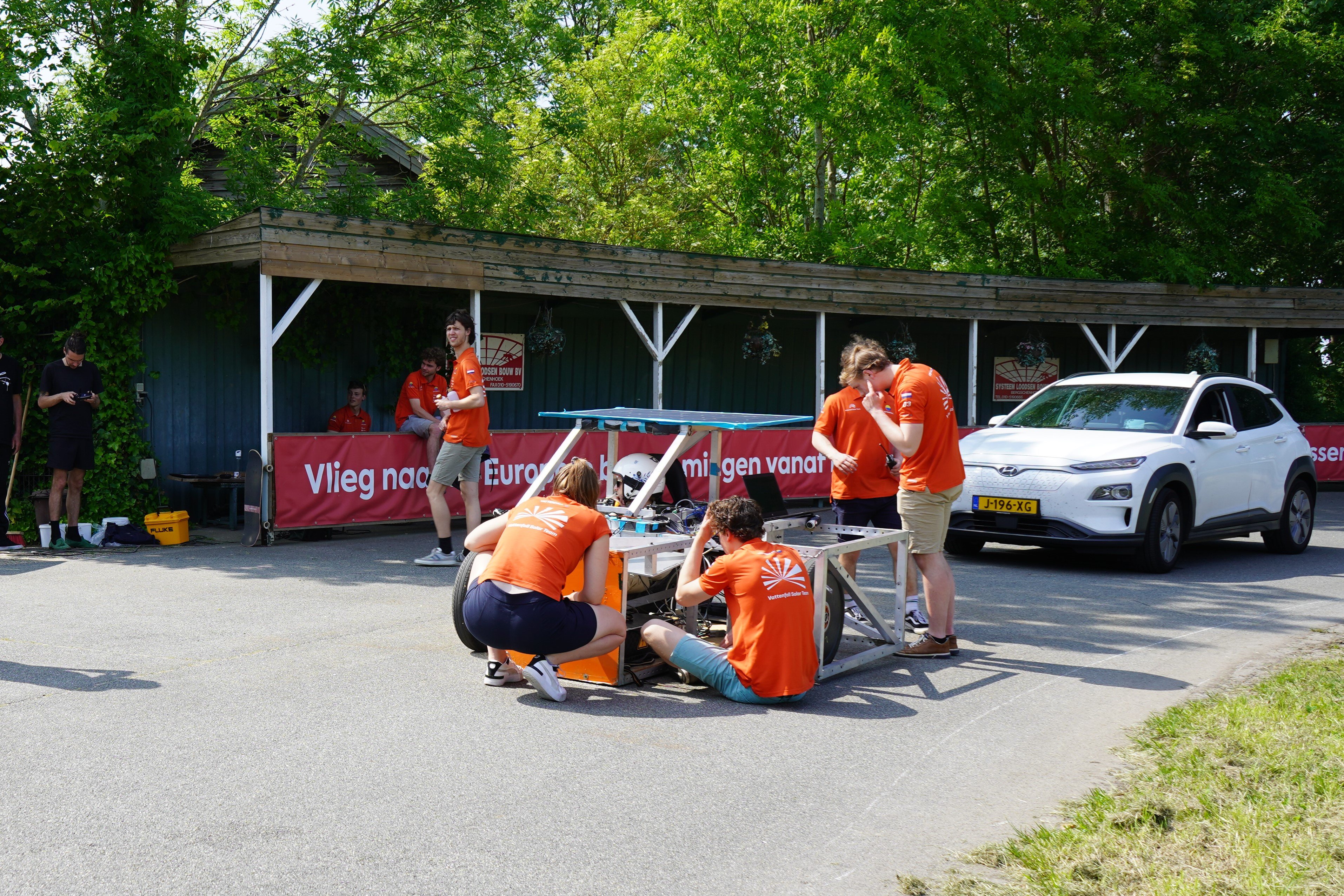 However, half of those problems had something to do with the poor connection of cables, instead of the motor controller itself.

When we found that out, we immediately put extra attention into making the cables failsafe. I learned that when creating something new, it is essential to first make a robust testing environment.

Eye On the Prize

In October we'll face a terrain packed with hills and curves. It’s good that we now have our powerful and efficient motor controller; OLIVIER.

Currently, we are in complete focus of preparing for the race which starts on the 25th of October in 2021. We are extremely thankful to Robin Radar for believing in us.

Nuna11 is performing incredibly well and of course, we are fully aiming for the gold medal! 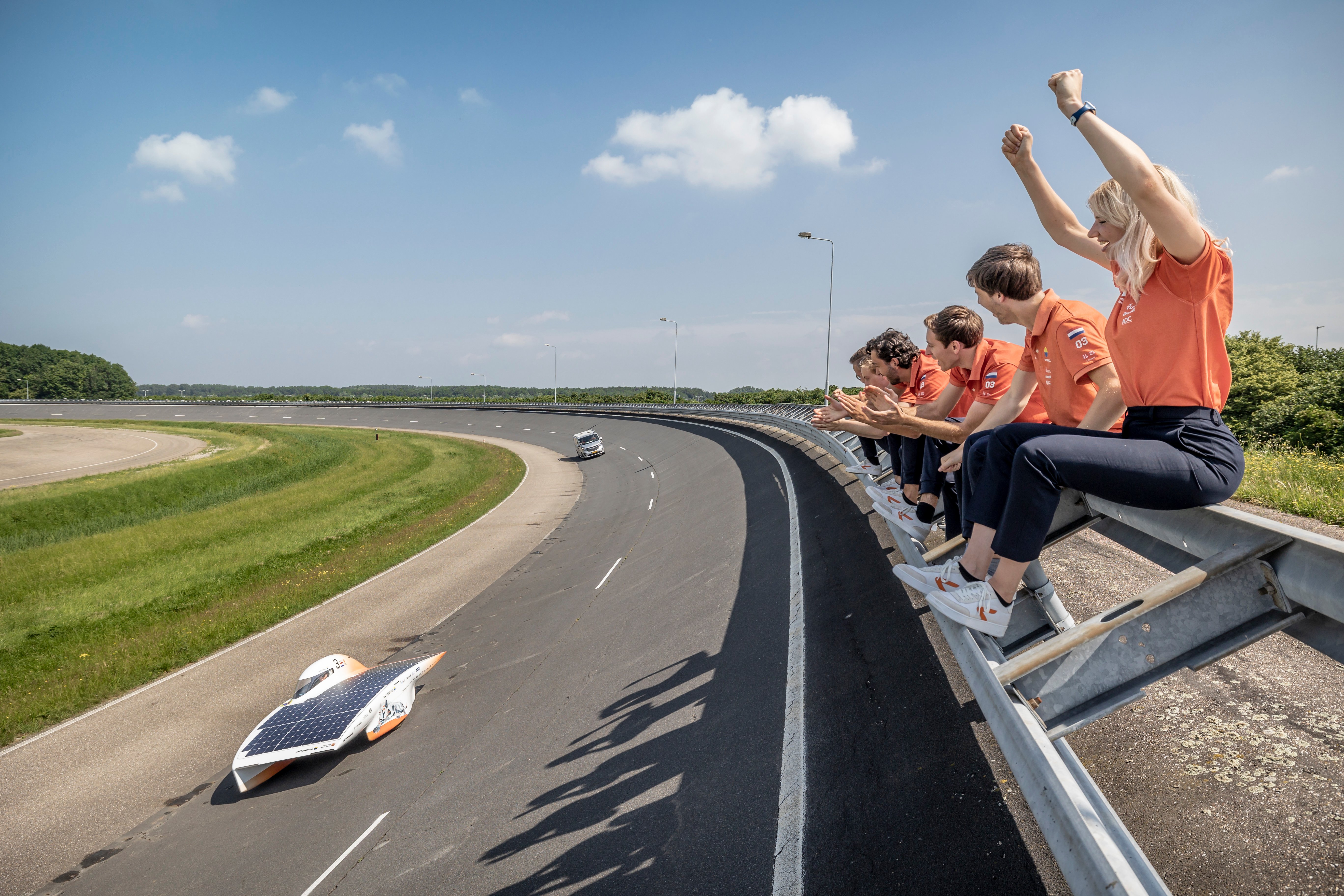