Since the start of the coronavirus pandemic, security and police have had to deal with growing numbers of ‘drug mule drones’. This is where criminals use drones to smuggle drugs and other contraband items past prison security and into the hands of inmates.

What’s behind this worrying trend? In this blog, we’ll examine the true scale of the problem, and look at how drone radar could help tackle it.

A Fast-Growing Problem for Prisons Worldwide

Even before the pandemic, drones smuggling drugs into prisons had been a rising challenge for several years. Take the UK, for instance. As recently as 2012-2013, there were no reported incidents of drones smuggling contraband. In 2014, there were two. In 2015, however, that number rose to 33.

In the last year, there has been a spike in reported incidents of aerial smuggling. At Corrections Victoria in Australia, for example, reports of drones around the prison site shot up by 246 percent in 2020.

Security authorities are facing the same challenge all over the world. From ‘narcodrones’ flying drugs across the Mexico border to attempted phone smuggling over prisons walls in Scotland, incidents of drone breaches at prisons are becoming more common.

Why is the Smuggling of Prison Contraband on the Rise?

Of course, people have been sneaking drugs into prisons long before drones existed, whether they’ve been smuggled in during visits or thrown over prison walls. But the arrival of the commercial drone has given criminals a more high-tech and illusive method of delivering contraband.

Remote-controlled drones can carry larger items, usually attached with thick rope or wire, over prisons walls. Because drones have two or more propellers, they can hover in place near open prison windows or drop-off points. This makes it easier for prisoners to obtain the contraband.

At the same time, commercial drones are becoming easier to afford, access, and use – another likely reason why drone incidents at prisons are increasing. UAVs (Unmanned Aerial Vehicles) equipped with advanced GPS technology are on the market for under £1,000. These drones can carry payloads of up to 1.5kg and require very little training to use.

The constraints of the coronavirus pandemic may also be a factor. Security systems have tightened, and face-to-face visits are suspended in many facilities. Criminals are having to find smart new ways to get around these restrictions, such as drones.

The spike in recent drone incidents has caught authorities off guard. It’s an especially tricky threat to tackle – drones can evade most security controls, soaring above the sight of security cameras and scanners and flying high enough to avoid triggering motion detection systems.

“Detecting a drone in airspace isn’t an easy task, especially as they become even more evasive to detection; smaller, faster and able to fly further for longer,” said Siete Hamminga, CEO of Robin Radar. “We believe that these advances will put drones into much greater use, becoming an increasingly useful tool to society. They’re already used to a limited degree in deliveries and agriculture, to assist police and have even helped in different ways to combat the COVID-pandemic.”

“However, the same innovation that could make them such a revolutionary device is the same thing that positions them as a formidable threat. Commercial drones are easily accessible and can be adapted without too much difficulty for malicious purposes, such as the smuggling of contraband and narcotics.”

How Drone Radar Can Help Prisons Respond to This Challenge

Prisons already use methods such as barbed wire, nets on the perimeter fence, and even birds of prey to deter prison contraband via drone delivery. But the main goal for prisons isn’t always to physically stop the drone itself.

“Their interests actually lie mostly in the detection of drones, rather than taking them down,” Siete said.

“Only a few technologies are proficient in detecting active drones, and one of those technologies is radar. Other methods include radio frequency, acoustic sensors, and optical sensors. Most security authorities opt for a combination of these technologies to achieve an optimum insight.”

Drone radar gives prison officials advanced warning of an incoming drone and tracks its flight path in real-time. Prison authorities can use this data to find out which prisoner the contraband was intended for. From there, they can carry out an internal investigation to establish the identity of the drone pilot.

“For a prison, detecting a drone and tracking its movements is an opportunity for intel, establishing sources of smuggling within the prison and holding parties accountable,” Siete explains. “It’s a chance to gather insight and ultimately eliminate the root of the problem. Which is not criminal drones, but criminals operating drones.”

Staying One Step Ahead of the Drone Threat

Tackling the ‘drug mule drone’ problem will only get tougher as drone technology becomes more advanced and easier to buy. Smarter methods of detecting and tracking drones are needed to stay ahead of this challenge.

That’s why drone radar is becoming more of an essential technology for countering contraband in prisons. It not only provides early warning of drone incidents, but also the actionable data needed to get to the root of who is behind them. 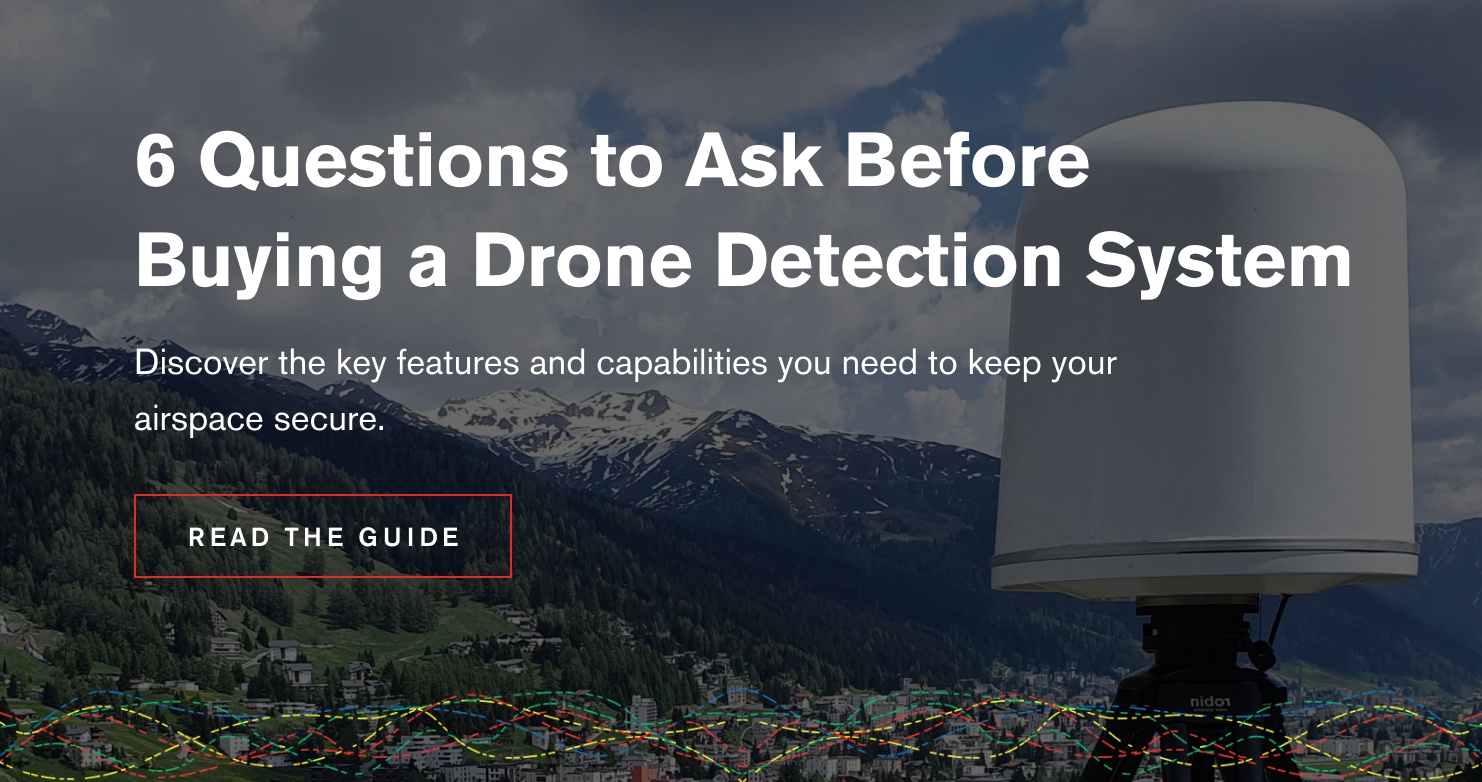 Need to detect drones in your airspace?